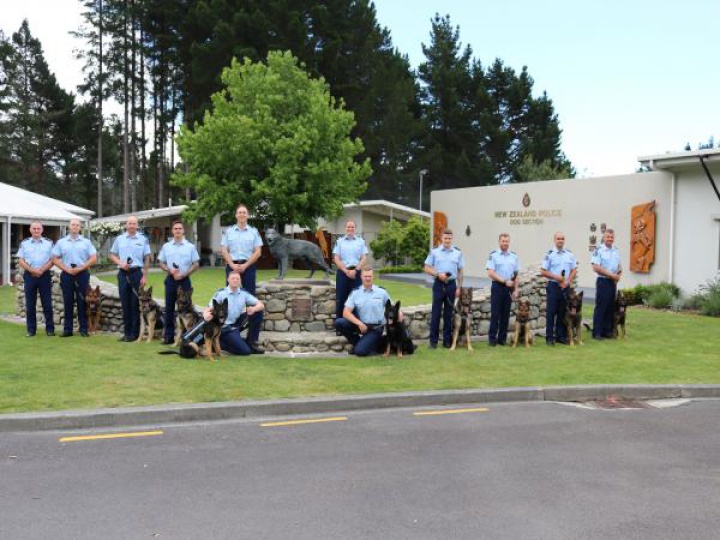 Six of the officers are first time dog handlers embarking on a new phase of their police careers while three are experienced handlers qualifying with new dogs. Four of the new teams will be working across Tamaki Makaurau (Auckland, Waitemata and Counties Manukau), two in Wellington and one each in Waikato, Bay of Plenty and Central Districts.

Inspector Todd Southall, National Coordinator of Police Dogs, says the graduating handlers and dogs have worked hard to achieve their operational qualification which follows months of intense training in their home districts and at the Police Dog Training Centre.

“It’s a proud day for the handlers and those who have supported them along the way. Becoming an operational handler is a great achievement, and pretty special for those starting out in their Dog Section careers, and their more experienced colleagues.”